Brothers in Arms | The Making of Platoon 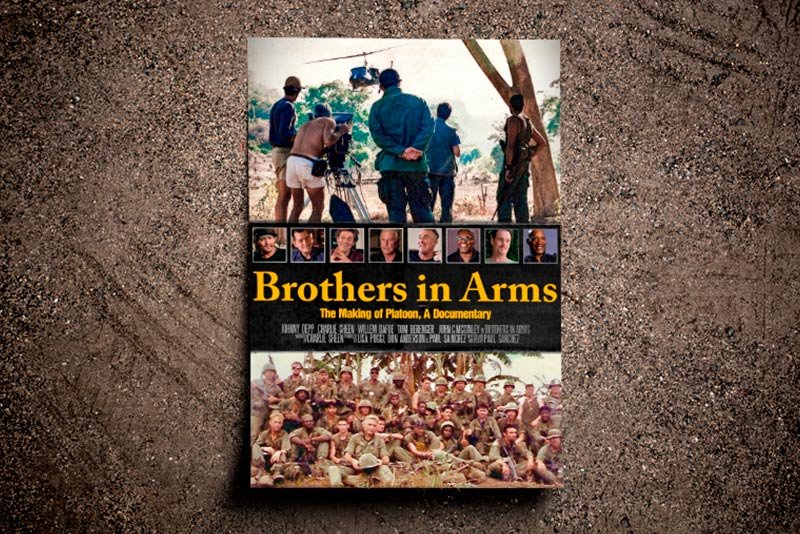 Brothers in Arms | The Making of Platoon, a Documentary

It is not only a retrospective look at the behind the scenes process of one of the most iconic Vietnam War films in history, but also a in depth look at the relationships between the cast, crew and others who were involved in creating a masterpiece at the beginning of most of these actors’ careers.

Paul Sanchez, the director who also played Doc in the movie,  has brought out the truth with many of the original players. The cast includes Johnny Depp, Charlie Sheen (who the film is narrated by), Willem DaFoe, Tony Todd, John C. McGinley, Tom Berringer, Mark Moses, Keith David, Forrest Whitaker, Mark Ebenhoch, and more who have volunteered their personal insights on what worked and what didn’t when film was made.

Training camps, political uprisings and long nights of filming in a strange land kept this group of young men in tune with each other and that camaraderie helped them to survive the one of the toughest environments that would not even be considered in today’s production standards.